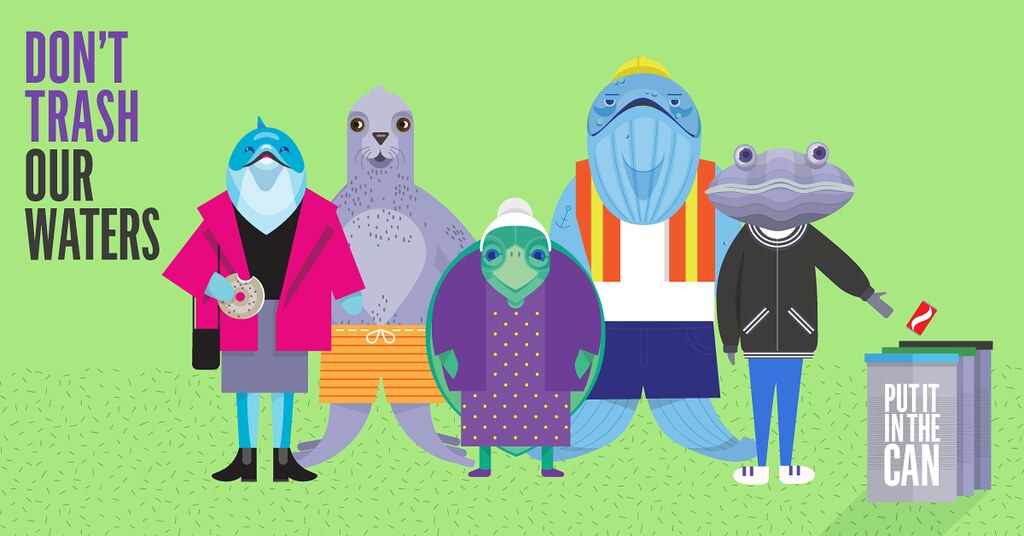 Trash in our harbor often begins as litter on our streets and sidewalks. Rain water can carry street litter to nearby storm drains, or catch basins, where it enters the City’s Sewer System. This litter can eventually make its way to our waterways, which can hurt local wildlife and put human health at risk.

With productive estuaries, vibrant wetlands and marshes, and a nearby deep-sea canyon, our local waterways are part of a larger ecological oasis that provides critical habitat for hundreds of species. Waterways in and around New York City are full of wildlife:

Waterborne trash harms local wildlife. Trash and debris can be mistaken for food, which can lead to death because of suffocation, infection, or starvation. For example, Loggerhead Sea Turtles and Green Sea Turtles are endangered, partially because of trash accumulating in their natural habitat. Trash can also entangle wildlife, affecting their ability to swim, which can lead to drowning.

Trash found in our waterways can also carry pathogens and toxins. This means human health is at risk when people swim near trash or eat seafood that has been exposed to these pathogens and toxins. Because waterborne trash can be dangerous to human health, beaches and shorelines are sometimes forced to close by order of the New York City Department of Health. This affects both the quality of life and the economy for nearby communities.

If you are looking for ways to volunteer to help keep your neighborhood and local waterways clean, visit Harbor Protectors to learn more.

Learn more about how to Help Keep Trash Out of Our Waterways.