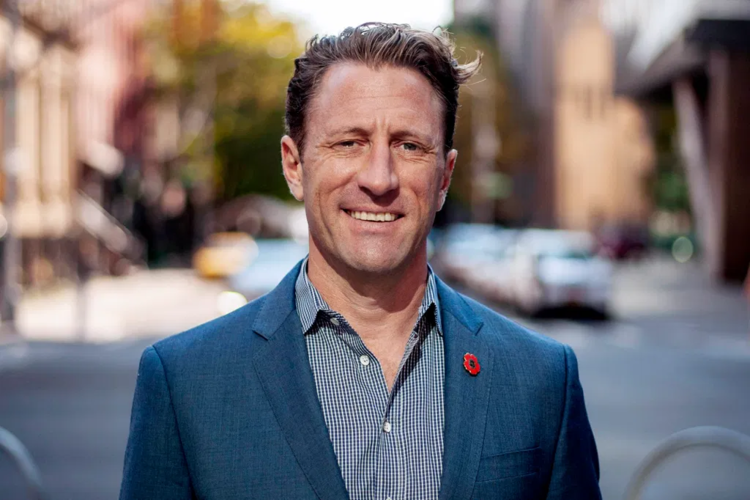 A crisis tested leader, Zachary Iscol has led in settings ranging from combat operations in Iraq to the frontlines of COVID-19 pandemic and Hurricane Sandy here in New York. His experience includes building a pioneering nonprofit mental healthcare provider, leading one of the premiere military journalism outlets, and serving as a strong advocate for immigrants and underserved communities. Two of his former commanding officers cited him as the officer they would personally select to lead their sons into combat.

As a Marine, he served two tours in Iraq and on other assignments throughout Africa and the Middle East. During his second tour of duty, he led a combined unit of US Marines and Iraq soldiers in some of the heaviest fighting of the Iraq War during the Second Battle of Fallujah, where he was awarded a Bronze Star for valor. He later helped build many of the components of the Marine Corps' first special operations command and deployed on one of the first MARSOC teams to deploy overseas.

Over the past decade, Iscol has built and led businesses and a nonprofit mental healthcare provider, the Headstrong Project. The Headstrong Project now cares for over 1,000 veterans a week in 30+ cities and counting to provide world-class, cost, and bureaucracy free mental healthcare veterans and service members need to recover from hidden wounds and get back to the best versions of themselves.

At the height of the COVID-19 pandemic in New York City, Iscol led over 40 federal, state, and city agencies as the deputy director of Joint New York Medical Station, one of the largest and only successful COVID field hospitals in the country.

A 2001 graduate of Cornell University, he was the youngest recipient of Phillips Exeter Academy's John Phillips Award, a member of the 2013 Team USA for USA Triathlon, and a grand marshal of the 2019 New York City Veterans Day Parade. In 2007, while still on active duty, he testified before the United States Senate about the need to protect Iraqi refugees, especially translators and others who put their lives in danger to help US forces.

Listen to Commissioner Iscol on the "Prep Talk" podcast

Christina Farrell serves as the First Deputy Commissioner of the New York City Emergency Management Department. Farrell joined the City of New York in 1994 as a coordinator in the Mayor's Office of the Criminal Justice Coordinator. She has also served as the deputy director of the NYC High Intensity Drug Trafficking Area (HIDTA) and the deputy director and director of the Mayor's Office of Grants Administration. She worked on the creation of the Twin Towers Fund after 9/11.

She joined NYC Emergency Management in 2003 as the agency's first director of grants. She created the agency's external affairs division, first serving as the assistant commissioner of the division and then the deputy commissioner. During her tenure in external affairs, she oversaw various programs and initiatives used bolster the agency's mission to educate the public, including the agency's emergency preparedness campaign with the Ad Council, expanded elected official outreach, the use of social media to keep New Yorkers informed, and working with the private sector. She has responded to many major New York City disasters over the past 20 years, including the citywide blackout of 2003, Hurricane Sandy, severe heat, snowstorms, power outages, steam pipe and building explosions, and coastal storms.

Farrell holds a bachelor's degree in international relations and economics from Colgate University and a Master of Public Administration from the University of North Carolina at Chapel Hill. She is also a graduate of the executive leaders program at the Naval Postgraduate School in Monterey, California.