A show about a woman working behind the scenes in the film business as a location scout, while trying to be a good wife and mom — all the while pursuing her dream of a writing career — has won the city's first-ever women's TV scriptwriting competition for projects by and about women. The prize: Four additional episodes of "Half Life" by Patty Carey to air on NYC Media, the city's flagship TV channel.

In 2017, the Mayor's Office of Media and Entertainment (MOME) and Brooklyn College's Feirstein Graduate School of Cinema launched a citywide screenwriting competition which called for stories by, for, or about women in New York City. The contest was aimed at addressing the underrepresentation of women in the film and television industries both on and off the camera, and was part of an ambitious five-part women's initiative announced in the fall of 2016.

Out of over 300 submissions, two were selected as finalists: Half Life and Maturity, by Robin Rose Singer, about a young nurse from Kansas who learns some life lessons from the residents of a Bronx senior living facility. Over the summer, diverse teams of Feirstein students — led by women — produced each of the scripts for television.

On January 19 and 20, the two pilot episodes aired on NYC Media, and were available online. For the next week, viewers got to vote for the show they wanted to see extended for four more episodes.

"There's a moment in Half Life when the lead character says, 'Ideas are easy. Everyone's got an idea for a screenplay. It's the writing part that's hard,'" said Carey when she learned she had won. "So, here I am celebrating this amazing win while gearing up for the very hard job of writing four more episodes. But, of course, that's what this is all about, both personally and under the umbrella of the NYC Mayor's Office of Media and Entertainment Women's Initiatives as a whole. It's about doing something hard. It's about doing something worthwhile, something life changing, game changing."

Patty Carey's Half Life takes a comedic look at the frenzied life of a working mom who leaned out to build her family and decides it's time to lean back in and chase down her dreams, but first she has to pack lunch for the kids.

In addition to writing, Carey has over 20 years of experience as a top location manager and scout in New York City. Her location department credits include the pilot episode of HBO's upcoming series Succession directed by Oscar winner Adam McKay, 20th Century Fox's The Greatest Showman starring Hugh Jackman, and Ron Howard's A Beautiful Mind. She is a member of the Directors Guild of America and has a B.S. in Journalism from the University of Maryland. She lives in Manhattan with her husband and two children.

Carey points out that Half Life is not autobiographical. Her kids eat school lunch. 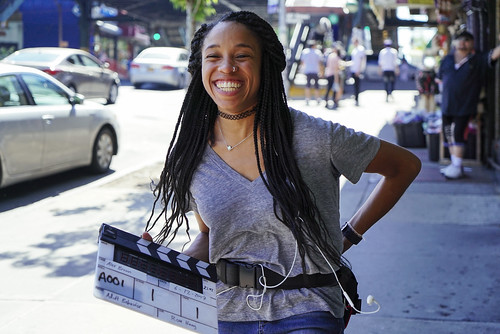